Some OWA members maintain an internet presence independent of this OWA site.  Here are their contributions to the internet.  If you are an OWA member with a blog, a website, a YouTube channel, an Instagram feed, a Lumberjock nook, a Facebook page, or any other woodworking resource on the internet more or less related to woodworking, please tell George about it so that we can feature it here.  If, on the other hand, you are a visitor looking to hire a local woodworker to commission a piece, browse away.

Long time member Karen McBride has made several presentations to the club, and has been featured often in other sites, for example in Lee Valley newsletters.  Take a look at some of her spectacular creations at Woodkilton Studio

Vic Tesolin is fast developing an international reputation in the media, most recently as a free-form blogger for Fine Woodworking magazine.  This link is to his Minimalist Woodworker's blog.  Through it, you'll be able to reach his other links.

Jacques Breau introduced his woodshop to us as occupying some 11000 square inches in area.  His workshop is a little larger since then, and his creations are worth a visit, if not downright study.  Find him at endgrain.ca.

Members here have been strong contributors to the club, as past officers of the OWA, in feature presentations, and in show-and-tells.  Ken Dixon is no exception, as a regular presenter of imaginative boxes, some highly decorated, one so plain it looks like a block of wood with no way of getting it open.  Ken shows his creations at Lumberjocks.

Fine furniture maker, Glen Briggs has pieces for viewing at his main website.  Other links to his work, on Facebook for example, can be found there.

Maker of fine violins and other stringed instruments, Joe Federer, Luthier, acquired his craftsmanship at his father's side.  Progress photos of an instrument in the making are lessons in themselves.  Joe is no stranger to furniture; ask him how to float a table top.

A step by step photo-essay in building Russ Alexander's ukelele case can be downloaded as a pdf.  Along with this recent triumph, Russ is known for his contributions of specialty furniture to the Children's Hospital of Eastern Ontario for kids with spina bifida and other disabilities.

Author of two books, of which one describes his journey from high tech (mainframes) to low tech (woodworking) Norman Pirollo has several tentacles reaching into the world wide web.  One is his own Pirollo Design page featuring his furniture designs.  He maintains a blog and a YouTube channel as well.  Lately he has created a print and on-line high quality woodworking magazine titled Woodskills, and has made instructional videos available too.  Mr. Pirollo, if we're to be true to the tentacles-in-the-media metaphor, we need three more forays to get them up to eight.

John Jackson runs a custom laser engraving business.  Saying as much does not do justice to the kind of work he does; you really should visit his site to see some of the images of his work.  Natural materials like stone and wood can be engraved, as can the man-made like glass, plastics, and metal.  Signs, badges, pet headstones, trophies: there's a wide range of products on display.

Featuring dining tables, book cases, and cabinetry, Igor Vasilenko's web site illustrates some of the fine furniture he builds.  In addition to his site, Igor also tweets on Twitter and posts on Facebook.

George Fouriezos publishes videos from time to time on his YouTube channel.  If you'd like to watch only one of his videos, he recommends his very first.  While the quality of his videos has improved since, his first edges out the rest in originality of his finger-joint jig.

Robert Demers is a founder of the Ottawa Woodworkers Association.  He moved East, and resides now in Atlantic Canada.  Read his current thoughts on his blog.

Are you interested in a downsizing aution? Then check this site out.
Read more 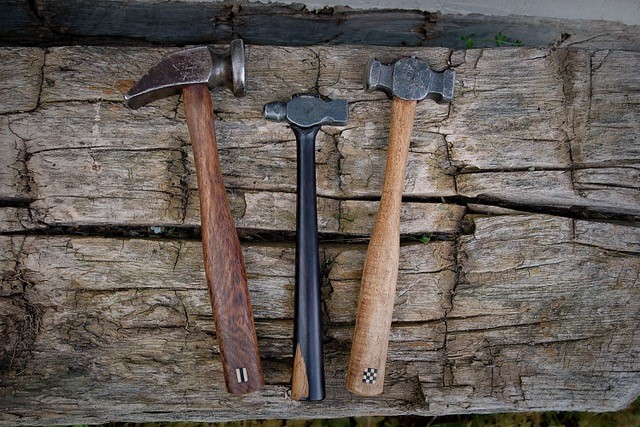 Our 22-23 Season Launch takes place on Tuesday the 13th of September at 7:00 PM.  The remaining 9 meetings from October to June are held on the first Tuesdays of each month, but in September we give it an extra week to let parents recover from the beginning of the school year.  As has become the norm, members will receive Zoom invitations by email.  On tap this month we have: Wayne's World Wayne Richardson moved homes recently and thus had to tear down his previous shop to rebuild a new one.  Working with an experienced perspective of what works and what doesn't, he will take us on a tour of his new, almost finished, woodshop. Norman's Book Norman Pirollo has published an ebook entitled Quiet Woodworking , featuring, as you might guess from the title, working with handtools.  A little of Norman's background and a photo of the book's cover are just clicks away. Kevin's Gate Our Turn What we did this summer.  The prior three presentations form a gateway to th
Read more